Chemistry deviations in the water-steam cycle can cause significant damage. They often go unnoticed or are not properly addressed, leading to unplanned outages and high costs. CHESS, ENGIE Laborelec’s CHEmistry Supervision Service, supports plant operators by identifying potential chemistry issues before they can do serious damage, and provides expert advice on remediation and prevention.

WHY - Chemistry issues staying under the radar

Chemistry issues are known to be involved in most boiler tube failure mechanisms, as either the main contributing factor or as catalysts in the degradation process. Sadly, these chemistry deviations stay mostly under the radar or are rarely signaled. As a result, the signs are often ignored by operators or not properly addressed. Over the l ong term, this could increase the plant’s general corrosion rate and cause deposition phenomena to occur. It is therefore essential to assure state-of-the-art follow-up with proper expert guidance.

WHAT - Signaling and addressing chemistry issues

CHESS helps power plants avoid costly downtime and repair works by signaling potential water-steam impurity issues whenever they occur. The service is backed by a cloud-based platform which automatically aggregates and analyzes plant DCS data, calculating chemistry KPIs and signaling deviations. ENGIE Laborelec chemistry specialists monitor these KPIs, further analyze the data where needed and provide expert advice on how to address the issues. They also give on-site support to follow up action lists, carry out actions and conduct on-the-job operator training.

Unplanned shutdowns can cost up to €100,000 a day, while losses due to a major chemistry incident can run into the millions. Better chemistry management avoids all this. As well as preventing unplanned outages, top-class chemistry management reduces the need for chemical cleaning, generating recurrent savings of several thousand euros per year. 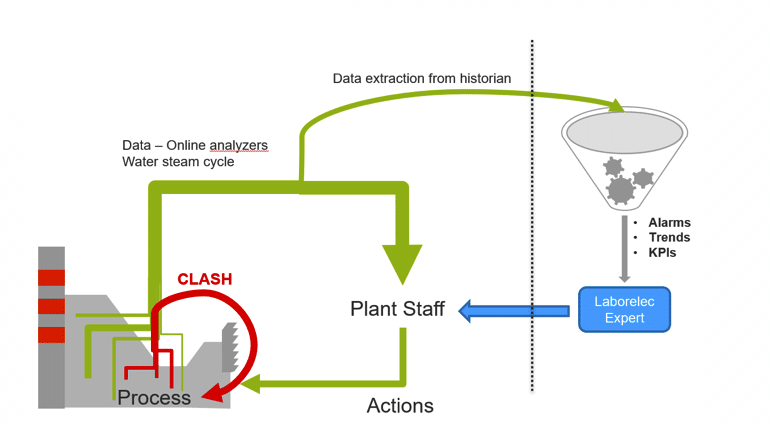 HOW DO WE IMPLEMENT CHESS?

CHESS can be put into operation at any power station or power generating industrial site. The continuous remote monitoring is a three-step process:

CASES FROM THE FIELD

The rhythm of the sea

At a power plant in France, the DCS was intermittently signaling a high sodium concentration in the water-steam cycle condensate. While increased sodium concentrations could indicate a condenser leakage, plant operators weren’t alarmed in this instance because the sodium levels always came back to normal after about six hours. ENGIE Laborelec’s expert, however, analyzed the CHESS KPIs. This allowed him to conclude that there was indeed a minor condenser leakage. It was the influence of the tide on water salinity that was leading to the unusual six-hour intervals.

He also concluded that the salt contamination was sufficiently limited that it could be dealt with first through drum blowdown. So, he was able to advise against an immediate shutdown, allowing the leakage search to be postponed until the next planned outage.

Costly intervention and an unplanned outage were avoided thanks to CHESS. 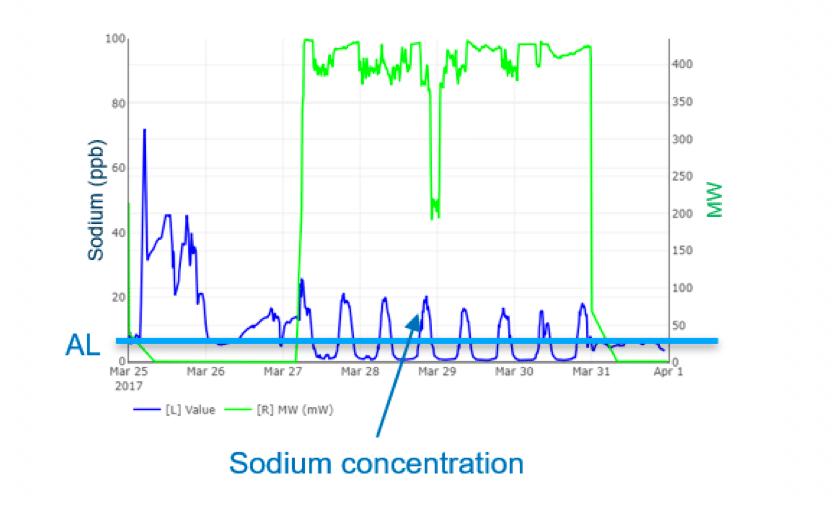 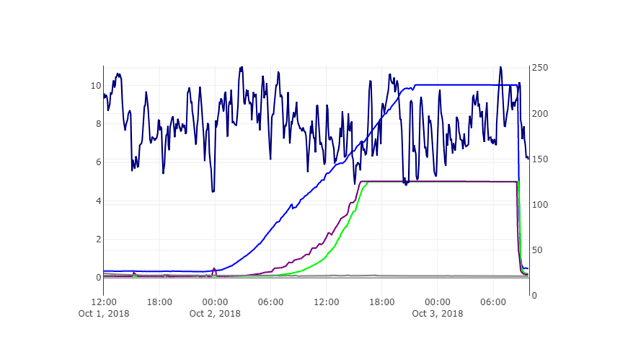 The purity and treatment measurements of a power plant in Italy had rapidly increased to above alarm levels. While this would normally lead operators to open the blowdown, ENGIE Laborelec was able to demonstrate that this was the wrong action to take. Analysis and cross-checks of the CHESS KPIs revealed the nature of the contamination: there was a problem with the caustic leaching in the production of demineralized water. This meant that any increase in the makeup water flow from the demineralization tank would have been counterproductive.

It was therefore necessary to first correct the caustic leaching problem, then drain and refill the demineralization tank, and finally open the blowdowns to evacuate the contamination. A clear example of how the CHESS service helps operators to make the right decisions.

Would you like to know more? Don’t hesitate, send us an e-mail at chemistry.laborelec@engie.com or use our contact form.
Contact Form
© 2021 Laborelec. All Rights Reserved
Back To Top
×
Our website uses cookies to remember your preferences and to help us to provide you with the best experience and to continuously improve our site. By clicking on “Agree and proceed” you are agreeing to us placing cookies on your computer in order to analyse the way you use our website. You can refuse cookies by clicking on “Change settings”.

Any cookies that may not be particularly necessary for the website to function and is used specifically to collect user personal data via analytics, ads, other embedded contents are termed as non-necessary cookies. It is mandatory to procure user consent prior to running these cookies on your website.